Divorce can be quite a period of turmoil for both the parties involved. Though it is advisable that one should take the help of a Kent mediator, at the same time one should take into consideration that the mediator himself cannot take any final decision. He needs to consult a solicitor to make the final decision. After a final decision is reached the mediator has to consult a solicitor who makes the final agreement which has to be signed by both the parties to put an end to the dispute.

You reach a final decision or not, the things that are considered while resolving financial disputes on divorce are:-

1. Both parties have to fully disclose their income or wealth.

2. The final resolution is settled in a court.  It is only then that the settlements are enforced.

If some kind of agreement is reached; even before passing of the resolution in the court, then still the final decision has to be formalised in a court. Court order is mandatory.

Factors that a court considers vital in settling financial disputes in a divorce proceeding are as follows:-

1. If there is a child below the age of 18 years, then that is an important factor to be considered. The judges consider the welfare of the child before anything else.

2. The income and financial resources of both the parties involved should be considered.

3. The type of financial obligation, both the parties are going to have in the future.

4. The lifestyle and the daily expenditure of both parties have to be considered.

5. The age of the couples and the duration they have lived together in the wedlock.

6. If either of the parties is suffering from some mental disability or handicap, then that has to be considered.

7. The general behaviour of both parties.

8. Last, but not the value of the assets and benefits that either party may lose by means of the divorce.

The court procedure generally takes place in two steps. In the first step, the judge prepares the sets of questions that both the parties need to answer. In the second hearing, both parties need to be aware of each other’s financial position.  Its main purpose is that the parties involved reach a settlement before passing on the final settlement.

Contact us today to find out more about what we can do for you!

Mediation Matters – The Benefits of Mediation through Separation

Arrange a Call Back

Arrange a call back and speak to mediator 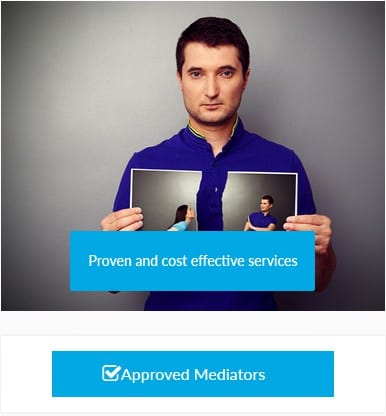